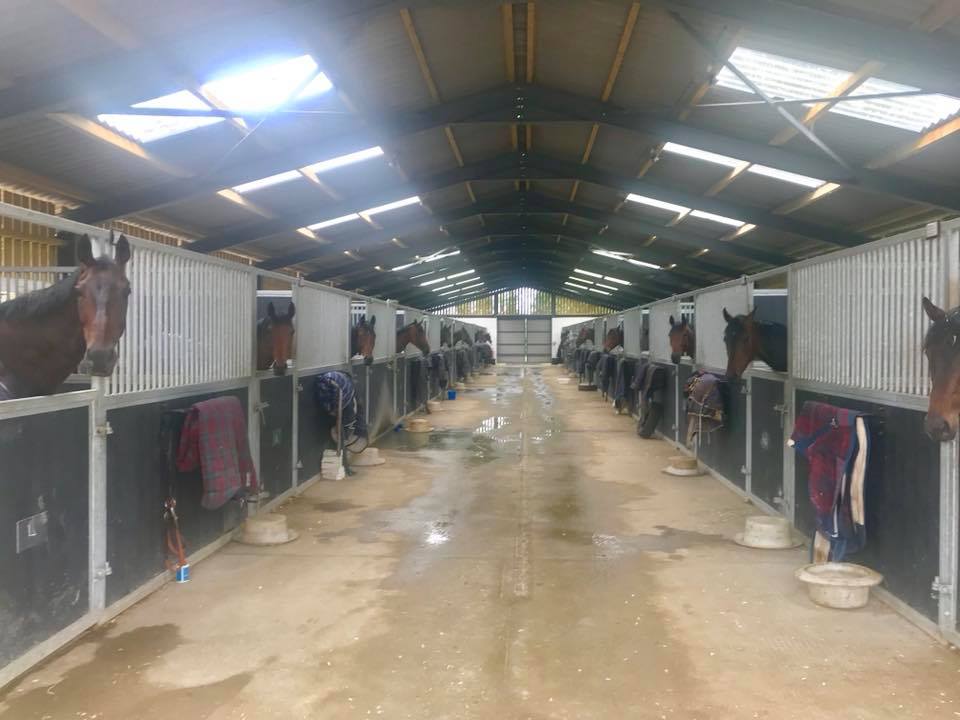 Although it is always a quieter period for us during the summer, based on how wet it was through the winter and that some did not get a chance to run, we do seem to have a lot more horses in than usual – no rest for the wicked!  Accordingly, we’ve had more runners than usual for this time of year with plenty of them hitting the cross bar at the start and then thankfully they started hitting the back of the net – Will our football team do the same I wonder?!

It started with Forget Me Knot, who we have always thought a lot of, being related to some very nice horses.  She is a good looking, big moving filly and she showed what she was capable of when winning the bumper at Stratford (9 June).  Aidan Coleman gave her a smashing ride and it was a great result for Liz Lucas her owner, who puts so much into the sport with her breeding operation and it was great to get one back on the board for her.

As ever in this world, having waited a long time for a winner another two came along that were also bred by Liz.  Leased by Booma Racing, Boomarang was uber-impressive when winning his bumper at Newton Abbott (15 June) and I think this is a horse to note going forward.  We will give him a little break now, but he will head over hurdles for his next start.

Boomarang’s half-sister Mythical Legend then came out and won impressively at Market Rasen (22 June) for the British Racing Club.  She again has always shown us plenty at home but is not the most natural over a hurdle and there is no doubt that a couple of them at Market Rasen are probably not in quite the same shape as they were before she started!  It was great for the club and she is a mare with lots ability if she can now go and build on that.

Vendredi Trois also got his head in front jumping beautifully at Worcester (18 June) and winning a decent chase.   For him I think the ground is key – when it is quick and he gets support from it, his jumping is impeccable, it is only when it’s on the slower side that he can make errors.  Adam Wedge gave him a super ride and Vendredi will head back to Worcester next week and we hope he’ll repeat the feat.

It has been extremely hot for running horses for this time of year, but the racecourses have done an extraordinarily good job at both watering the tracks and producing a huge amount of water for cooling them down after they’ve run.  I was in two minds about whether I wanted to run Casino Markets on Wednesday (27 June) in the heat, but having spoken to Worcester they had laid on extra staff, had water everywhere, and for a track that I know gets plenty of criticism (mostly deservedly so on the owners and general facilities), the track could not have been produced better and I am pleased to say Casino returned without an issue.

It will only be a few weeks before plenty of the horses start to come back in and the excitement builds again and if the summer jumpers can keep going in the manner that they have been going it will be a good platform for us to launch into the main season.