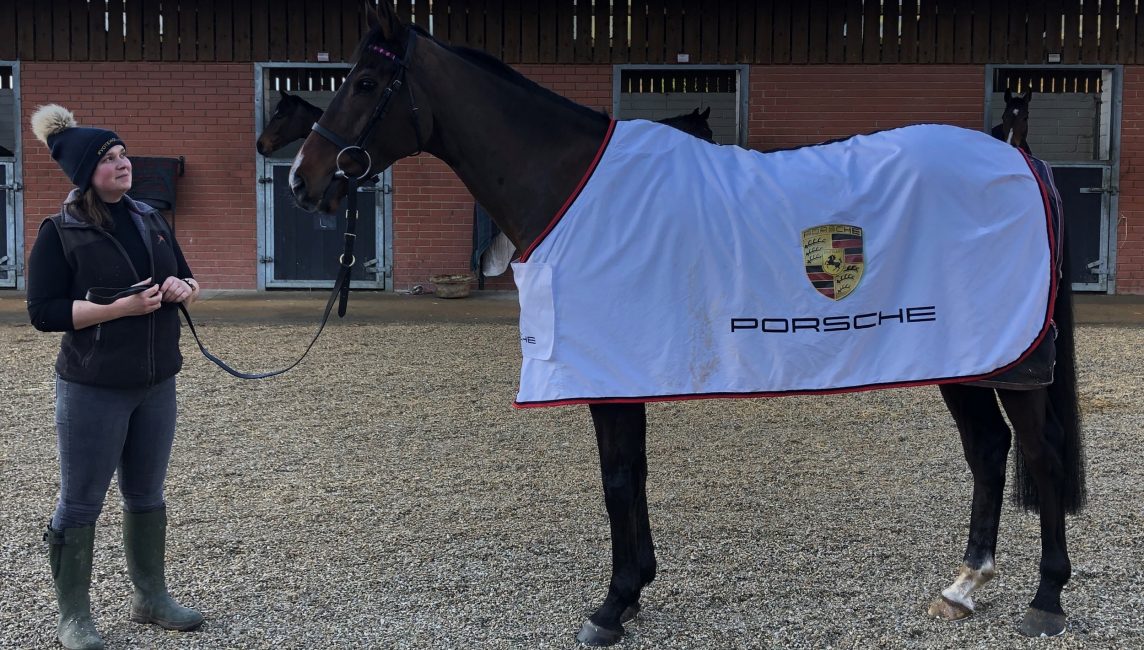 With Covid-19 changing the landscape so rapidly at the end of the 2019/20 season it has certainly been a year like no other.  Racing has been so fortunate to be able to continue albeit without crowds, and for a lot of the time without owners, but it has forced me to take a step into the world of tech and although I am no Steven Speilberg, my ability to produce a race day video has definitely improved!  As the season has progressed, I know that the lack of owners being able to go to the track and then the lack of integration has been felt more and more keenly.  I am hopeful that things will now start to change, and I cannot thank our owners enough for the support and understanding they have shown through an extremely difficult year for the world in general.

From our own perspective, it has been a very rewarding season in many ways.   Firstly, and most importantly the team here have all done a phenomenal job at keeping the show on the road and been absolutely dedicated to the horses, and thankfully have remained healthy.  Furthermore, our lovely horses have continued to grow in strength and quality.

A big high point in the year was seeing Paisley Park winning the Porsche Long Walk Hurdle at Ascot in December in such gutsy style and running right back to his best.  We were proud of his performance finishing third in the stayer’s hurdle at The Cheltenham Festival, the ground he made up to perform as well as he did was incredible to see, it was just a shame that the weather had prevented us from getting a prep run in to him.  Aintree seemed to come too soon for him and I think that at the age he is now he probably does need a bit more cut in the ground, so it just didn’t happen for him.  However, I am very happy to report he is safe and sound and now going out in the field for his summer holidays.

Manofthemountain was another success story for the yard and having won on his first start of the season he also won his last when impressively seeing off the opposition at Cheltenham earlier this month for Grade 2 success. He is a pleasure to train, is a wonderful jumper and a natural born enthusiast and we are very much looking forward to seeing him running next season.

Our other graded success this year came in the form of Boreham Bill who had been on the go for a good while having started the campaign over fences – although sometimes through them, and on occasions looking like he might be burrowing under them! However, Ben Jones and he had a great relationship which they kept intact. As the ground became softer we felt it was best not to continue over fences and so he had a short break and came back to win the Lanzarote Hurdle at Kempton.  It is a race I have tried to win for many years and on two occasions have had what looked like the potential winner falling at the last.  Therefore, I was absolutely delighted to see Bill winging the last and skipping clear from the rest of the field at the extraordinary odds of 66/1.  It was an absolute thrill for us and an even greater thrill for this owners Mike and Sue Foran.  It was a disappointing prize money haul based on the prestige of the race, but unfortunately that was a consistent theme throughout the year.

There were some good performances from staying chasers, with the likes of Irish Prophecy and Eclair Surf each winning a couple of nice races.  Having travelled well for a long way in the Bet365 Gold Cup at Sandown in April, Irish Prophecy unfortunately burst a blood vessel coming to the pond fence and that was the end of the race for him.  However, with a good period of rest out in the field for the summer he should return refreshed as he is a horse that has really improved and gained consistency this season.

Shang Tang won two valuable novice hurdles, but his Cheltenham Festival aspirations were not helped by two false starts and he now will go novice chasing next season.  Flemcara has been an absolute star for us over the years and he also won a couple for us this season.  He is not a lover of jumping fences and he will remain over hurdles but having shown he can handle slightly better ground nowadays it should open a few more doors for him.

Killer Clown is another exciting horse who was extremely impressive winning on Boxing Day at Kempton and then paid the price of a huge hike in the weights when just beaten in the Grade 2 Greatwood Gold Cup at Newbury.  He didn’t get the clearest of passages at Sandown on the last day of the season when finishing third, but he is definitely a horse to be looking forward to for next season.

The same can be said for a whole host of horses that performed well – as ever far too many seconds and thirds but it has been a consistent season for us with some lovely winners and a huge amount to look forward to.

It is always so hard for everyone involved to come to terms with the loss of a horse.  Hoi Polloi really was a potential star, and it was desperately sad when we lost him at Newbury earlier this year. That could also be said for Namib Dancer who won so impressively at the start of the season, to then lose him in his next race seemed very unfair as was Tierra Verde, a very genuine mare who always did her best.  All were lovely horses and they are very sorely missed by everyone who looked after and loved them. 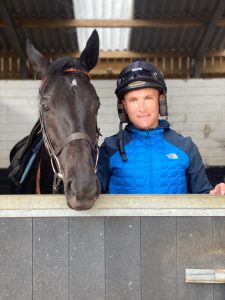 On a more positive note, the crop of youngsters we purchased at last year’s store sales have all been coming along beautifully.  With the sales taking place much later last year due to the pandemic it meant that these horses finished up having their breaks a little later than usual and us finishing the season unable to get them to the track.  We did get a few away for racecourse gallops and they all look to be a really encouraging bunch for the future.  Considering covid and the concerns we had when racing stopped, we are so grateful to our owners who have invested in us and it is extremely exciting to see the number of horses in training remaining as strong as they are and the quality getting better and better.

Related to this, Barry and I felt we had reached a point where we needed a stable jockey to give us a bit more consistency through the year.   Many of you will have noticed as the season had progressed that Tom Bellamy had been riding more for us, and with his strike rate on our horses being extremely impressive, we had a conversation with Tom about whether he would become a more permanent member of the team and we are delighted to say that he has embraced the opportunity and going forward from now I am extremely happy to announce Tom Bellamy is our stable jockey.  Adam Wedge, Ben Jones and Aidan Coleman will continue to ride for us when opportunities arise so we should be very well served by top class riders for the forthcoming season.

As ever we are hugely indebted to our fantastic team working here, especially Roddy, our head man, who manages the yard in such in an exemplary fashion, and to Katrina who continues to run our lives for us in the office – someone has to!

We are so excited for the future and for more success to come our way next season and hopefully in a world that has taken a few steps back towards normality!