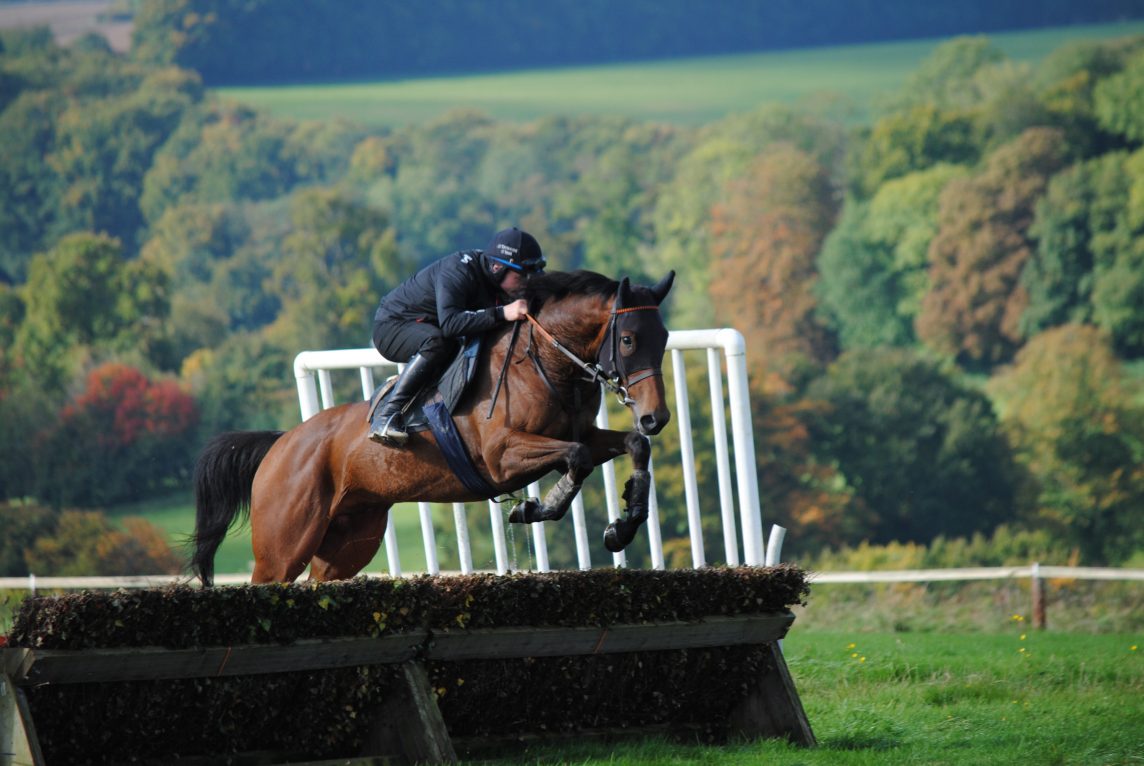 Jump season upon us

Now that the jump season is starting to get going, updates on Bonita’s Blog are going to become more regular again you will be pleased to hear!

We had very few runners over the summer and we are just starting to get going now. Having tentatively run a few, pretty much all of them will improve on their first start, having just needed it.  We’ve done plenty with them on the grass, but not a huge amount of sharp work and that is what they probably just lacked and are now tightening up at home.

Of what we have run, they have all come out of their races very well, and in varying ways I have been very pleased with them, especially as I know that they will have come on immensely. Fortunate George made his debut over fences on Friday (6th October) at Fontwell. He was a little careful over the first few fences, and on good going you can’t afford to give away any ground at Fontwell.  So, having found himself a lot further back than he wanted, Aidan Coleman did the sensible thing and gave the horse a really enjoyable run and I have no doubt he will improve no end for it. Looking on how he ran I don’t think Fontwell was the ideal track for him and a little bit more juice in the ground will also be to his liking.  I have no doubt he will put this run behind him as the season progresses.

We put a visor on Fox Appeal for the first time, also at Fontwell, which did light him up a bit! In the main I was very pleased with him as he finished fourth in a competitive handicap and showed all his usual enthusiasm. We hope to get him out again quite quickly, probably in a veteran’s chase at Chepstow this weekend.  I expect we will leave the visor on him as it did have the desired effect, but probably just have him ridden with a little more restraint.

We then ran Gunfleet on Saturday also at Fontwell. He won his only bumper last season and we think a lot of him.  He is a pretty sharp horse and not one that you want to do too much galloping at home with as it does set him alight.   He is a proper athlete and mainly jumped very well, which I was delighted with and finishing second in such a hot contest was a lovely start to his career over hurdles.  I would expect it will take a very good one to beat him next time.

We are starting to make more entries and I think we are nearly there now with fitness and schooling, so the next few weeks should be very exciting, with the likes of De Rasher Counter (pictured), Majestic Moll and Enniscoffey Oscar making their hurdling debuts as well as plenty more runners.

While we have been busy getting horses fit on this side of the pond, on the other side Casino Markets has remained in America.  He ran a much better race when finishing fourth in the $150,000 Lonesome Glory Hurdle at the end of September. He was only beaten two and half lengths, in a race where they take the last two hurdles out for the final circuit, so he had a six-furlong run in.  For a two and half mile chaser it probably isn’t the ideal scenario!  We look forward to him running at Far Hills in their Grand National, which is a very valuable conditions race on the 21st October.  It is over two-mile and six furlongs on a track I feel will suit him.  He has had a super time while he has been out there, Lesleie Young has been brilliant in helping us, and the team at the NSA could not have been more supportive.  It’s been an amazing experience and something that would be fantastic to do again.

We look forward to some exciting runners over the next ten days especially as I think the trainer may be close to having them all fit!