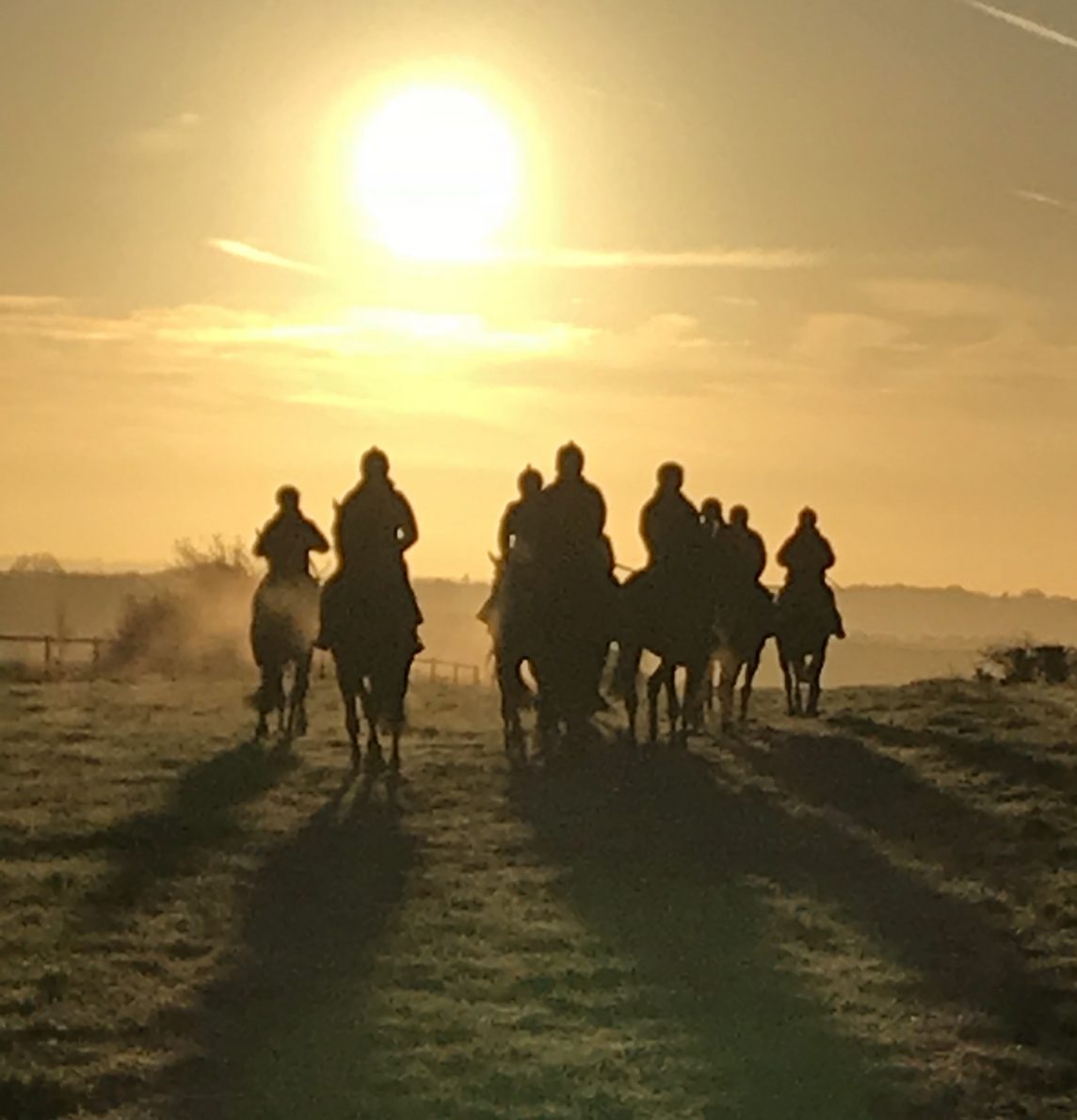 At last it looks like we have properly found our feet, and the horses are running very well. We’ve had a slower start than usual, in that in only our second season here, we were able to get on the grass earlier last year and get them fit from that, but with the dry Autumn this term it’s meant we needed to work out exactly how much we needed to do on the all-weather. Thankfully, I think we have that cracked now and the horses are running in a way that we would be expecting, or at least hoping!

We’ve now run some of our lovely novices, and horses such as Enniscoffey Oscar proved that we were a little bit off the pace when we first started out with them this season. He ran two nice races at Wincanton and Aintree but just got tired in the last few furlongs, whereas I was delighted with him at Kempton (13 Nov) as he showed us much more of what he’s all about when he ran a super race in a hot novice to finish third, only beaten by a couple of lengths. He is electric over his jumps and a horse that benefits from nice ground. I think he will leave these runs behind him as the season progresses and is a horse for the future.

Majestic Moll is another super bumper horse from last season, and has run two lovely races over hurdles this term. In her last race she was beaten only a length and half into second at Ludlow (26 October). Again, she has come on for that and like Enniscoffey is another that will benefit from decent ground.

Andy and the Frisky Fillies have been very patient owners with Flemcara. I was delighted to see him win on his first handicap start, ridden by our conditional jockey Paddy Cowley at Worcester (14 November). It was a great result all round, he is a super jumper and will enjoy the winter ground and will only go forward. The way he jumps his hurdles suggest chasing will be his game, and is another nice prospect for the stable.

One of our most popular winners of late was Water Wagtail at Warwick (10 November). He has been with us forever and is owned by Ian Bare who has been a great supporter of national hunt racing for many years. Wagtail is one of the most important horses in the yard for us, so to see him winning was fantastic. He leads all the babies over hurdles and fences at home and as well as that teaches the young jockeys how to do it. So, when Racing UK described him as a brilliant jumper it would have been a sad state of affairs if he hadn’t been! It was great for him to get this head in front, he looks marvellous and has come out of it very well. Hopefully he will be able to do the same again at Wincanton later this week.

Dark Mahler is another who also rewarded his owner’s patience. He was big and weak last year, but touch wood has been a lot better this time around and won a valuable handicap chase nicely at Ludlow (16 November). I must give Ludlow Racecourse a huge amount of credit as not only are they able to put up a huge amount of prize money, but their ability to feed us so well is magnificent! They are an example to many other racecourses and deserve all the support they get.

Buster Thomas was another one of our nice novices last year that debuted over fences at Exeter (15 November). In hindsight I shouldn’t have run him over three, as his jumping was so quick and the pace he naturally travels at on that soft ground, meant he was probably always doing a little too much through the race and was unable to sustain this effort to the line. I was absolutely delighted with him and I can’t wait to get him out again as he is a very exciting horse for us going forward and has plenty of quality.

Talking of horses with plenty of quality, it was an exciting / unbelievably nerve-racking day getting Irish Prophecy out for his first run over hurdles. He has always been an exceptional horse at home, and showed that when winning his two bumpers last season so, not surprisingly, there was much anticipation for his hurdling debut. He was extremely impressive, in what was an extraordinary race in that nothing seemed to want to get near to him from the beginning. This meant it was quite tough on him to be out on his own jumping in front for his first time over hurdles. He did look quite green in the early part of the race, but he could not under the circumstances have been more impressive, whilst having a racecourse gallop and jumping a few hurdles and finishing without really coming off the bridle. He also has come out his race very well. With so much natural pace he probably wouldn’t want to be inconvenienced with the ground being too soft, so we will be careful as to where we go with him and try and find another novice race and run him with a penalty. Looking at our options that is likely to be at Doncaster on the 2nd December, and then if all goes to plan look for something more testing over the Christmas period. Fingers crossed.

I am very pleased to report that Caulfields Venture was none the worse for his tip up at Ludlow (16 November). He was running the best race he’s run for a very long time, and it was unfair that he just clipped the top of the fence and knuckled on landing. Having gone there with the thought he would retire, I feel it would be the wrong way for him to end his career and deserves one more run if we can find a race where the ground is good.

There have been plenty of other lovely horses that have run recently that will no doubt improve on their debut efforts, The Sweeney definitely being one and Allez Jacques and Private Malone showing the benefits of that first run by both finishing second and leaving their debut efforts well behind them. I am keeping everything crossed that the horses will continue in good health, and that the winners keep on coming!