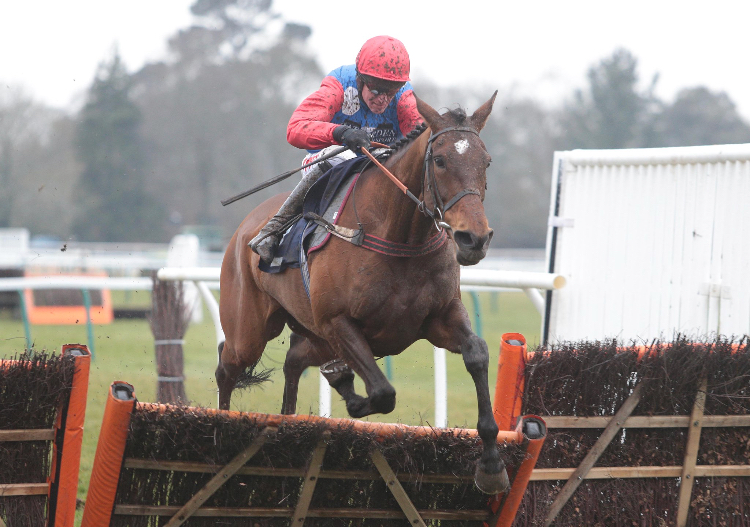 It seems so dull starting another blog talking about the weather, but it has just been indescribable of late – to have had another dollop of snow, even after The Festival, was very depressing and has claimed even more fixtures.  Cheltenham did seem to be blessed though, as it was neatly sandwiched between the two white periods, however it really was very soft going and something we have not seen for a very long time.  I am not sure how edifying it was watching the races run on such horrible ground, and it certainly didn’t suit our runners, but there were some great races and outstanding horses performing.

The Gold Cup was an exceptional race and to see Native River just outstay Might Bite, perhaps a different story if the ground had been better, was amazing to watch, and they are two sensational horses.  Laurina I feel is a mare to be reckoned with and looks to have the world at her feet, as does Samcro.  It was a masterful training performance by Nicky Henderson to get Altior home in such impressive style in the Champion Chase, only having had the one run in preparation, followed by a foot abscess and on ground he wouldn’t have ideally chosen.  Furthermore, and as was the case of last season, there was a fair bit of Irish domination, so we are going to have to pull our socks up!

Flemcara (14 Mar) did us proud to finish mid division in the Coral Cup with Patrick (Paddy) Cowley giving him a lovely ride.  He just looks like three miles is his trip and probably needed those extra couple of furlongs, as he was staying on hand over fist in the final stages of the race.  Neither Enniscoffey Oscar or Paisley Park (16 Mar) could handle the very soft ground and with the latter suffering a nasty over reach it was not a successful Cheltenham for them. Enniscoffey is likely to head to Aintree and I would be keen to give Paisely Park one last run before the end of the season, although I will probably look to bring him back in trip, as at Cheltenham he ran just a bit with the choke out.  For all three of these horses I also can’t wait to see them jumping a fence next year.

With the excitements of Cheltenham over, our next runner was Belle Empress, (pictured) who headed to Fontwell (17 March).   I was absolutely delighted with her performance as she jumped beautifully, settled well, and won easily.  It has not been an easy road with her, as she’s had previous injuries and then did not get in foal.  However, sometimes these things happen for a reason, as she’s got better with each run and I feel she is a mare to look forward to when she goes over the big fences.

Our next runner was at Chepstow (21 March) where Reelingintheyears made his racing debut for us having bought him at Doncaster sales a couple of months ago.  We purchased him for Clive Colquhoun as a replacement for Caulfields Venture, who after giving us so much fun over the years has earned his retirement.  Reelingintheyears looks perfect to fill his shoes as he is a great jumper, has a lovely attitude and won very nicely.  He could not be any more straightforward and seems to have come out of the race squealing, so having said this may be his only run this season, if this weather persists and the ground stays soft he may have another race over hurdles as he really is in fantastic order.

We made a return journey to Chepstow (22 March) the following day with Viva Vittoria, who was the first of our store horses from last season to race and she ran in the mare’s bumper.  She had given us a very good feel at home whilst never really asking any serious questions of her and went to the races well backed.  She ran an absolute cracker, just showing a bit of greenness when asked to quicken and find top gear, and by that stage the winner had flown, but she stayed on very nicely to finish second.  She is beautiful, and I am looking forward to seeing her jump a hurdle next season and again is one to be excited about for the future.

Our trip to Newbury (23 Mar) on Friday continued the theme of seconds, with both De Rasher Counter and Private Malone filling the runner up spots. They could not have run better, both travelling and jumping well but just coming up against one.  De Rasher Counter will now go on his holidays and will then go novice chasing.  Private Malone on the other hand will head back to the track, as he is thriving on his racing and having finished second three times this season I would dearly love for him to get his head in front.

Fox Appeal was our last runner of the week, heading to Ascot (25 Mar) for the Veterans race.  It would not be Foxy if he did not take at least one fence with him and so the sixth had a good old battering!  He actually jumped really well after that and ran a solid race to finish fourth on ground that would not have been ideal, and I think could well be back to the point of winning again come the Spring (if it ever does come!).

We have so many decent ground horses ready to run, that the sooner this rain stops the better.  They all look very well and seem to be in good order, so I can’t wait to get them out and I hope the winners will continue to flow and we will have a bumper spring!

(With thanks to Fontwell Racecourse for the photo).