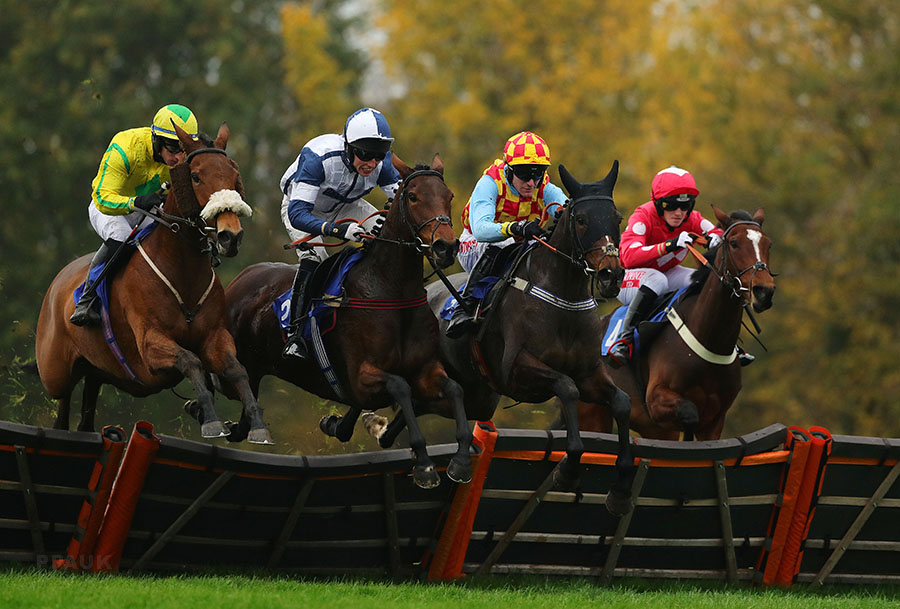 Plenty to update and celebrate!

It has been a pretty busy few weeks for us with lots of horses running and people heading in all directions going racing.  It puts plenty of pressure on the team at home but everyone has been amazing and it really does show what can be achieved with all things pulling in the same direction.

For years and years Bonita Racing Stables has been associated with its fantastic grass gallops, but with the dry weather we have not really been able to use them, so it just goes to show how effective both the carpet hill gallop and the new addition of the sand gallop are.   The sand has enabled us to get the core fitness in and the carpet the speed, and they have over lapped beautifully.  However, the disadvantage of not being able to use the grass gallops has shown with the bumper horses, as many of them have not yet been on them, and it is impossible to state how important it is for them when they are heading to the track for the first time.  Certainly, this showed with the likes of Shang Tang, who was very green before staying on to finish an admirable sixth at Chepstow (6 Nov) and I think the result would have been very different had he encountered the undulations and openness of the grass gallops.

Jemima P would also fit into this category, she ran a lovely debut race to finish seventh at Warwick (7 Nov) and travelled supremely, but just hadn’t had enough experience to know what to do when asked to quicken.  She is also a lovely horse for the future and one to be excited about.

On the other hand, Prophets Prayer had the benefit of having had a very nice run when finishing fourth at Market Rasen and then went to Southwell (25 Oct) and won in impressive fashion. Being a full sister to Irish Prophecy she is entitled to be a nice mare and will soon embark on a hurdling campaign.  She is not one to be running on very soft ground, so she will have a run before the wet weather (eventually) comes before a mid-winter break.

I was also delighted with the run from Thunderstruck, where the ground had turned heavy at Sandown (11 Nov).  It is a hard task for a four-year old to come up the Sandown hill in front on very soft ground but he stuck on with great tenacity having travelled very strongly throughout the race to finish second.  This is another horse I think will do nothing but improve and one to be excited about – probably more so next year, but he’s a natural athlete with a great attitude.

The hurdlers have been really strutting their stuff and it’s exciting to have some promising second season hurdlers as well as the novice horses starting to run.  Paisley Park was unbelievably impressive when winning at Aintree (28 October).  He jumped extremely well and travelled into the race using no energy before winning as he liked.  His next stop will be a valuable hurdle race at Haydock this weekend and as he has come out of his race thinking that he is king-pin so we are excited about it.

Misty Bloom, owned by the Bonita Racing Club, put her best foot forward at Exeter (6 Nov) to win doing handstands.  Under the circumstance, it was key to get her out again as soon as possible, so going to Taunton (15 Nov) and incurring a seven-pound penalty rather the fourteen she had been put up, made sense.  Although it did turn into a bit of a cat and mouse sprint she was unbelievably gutsy to win by a nose – not good for my heart! She was given an excellent ride by Patrick (Paddy) Cowley, who also rode Fox Appeal on the same day to finish second, who jumped consistently better than he ever has in his entire eleven years – so full credit to Paddy on that. (photo below of Misty and Paddy).

Shiroccan Roll just keeps getting better and better, and although it was frustrating to finish second behind Paul Nicholls (again!) at Wincanton (10 Nov) it was still another step in the right direction for him and I think we will be looking for a decent handicap to run him in next time.  He is still only a four-year old and has a huge future in front of him.  Talent To Amuse also showed she was on the way back when running a cracking race to finish third in the £25,000 mares handicap hurdle on the same day.  For her the ground had probably just gone slow enough with the rain that came down, but she has come out of it in such great form that she will head to Ascot tomorrow – for her I hope the heavens don’t open!

Blushing Red is another who is absolutely going in the right direction.  Having won at Ludlow he then came out and did it all over again in even more impressive fashion at Kempton (12 Nov).  Again, under Padddy Cowley, he travelled strongly through the race, jumped swiftly and won very nicely, which means for the moment I am in my father’s good books!  Also, at Kempton Old Rascals had his first run for us, where in the main he travelled and jumped well to finish an eye-catching third.  The best of him won’t be seen until he goes over a fence, but he is another decent looking novice and I am delighted that his owners The Optimists have another nice one to have fun with.   Old Rascals finished second in his point-to-point behind Down The Highway, so it was a good franking of the form when he (Down The Highway) made his winning debut at Lingfield (13 Nov), travelling powerfully, jumping brilliantly and winning impressively – what more can I say.

It has not been quite as plane sailing with the novice chasers.  De Rasher Counter was badly interfered with by a falling loose horse at Hereford (13 Nov), when starting favourite in a valuable chase, which knocked him out of the race.  However, he has come out of it well, so we won’t delay in getting him back out on the track. Irish Prophecy burst a blood vessel also at Hereford, which was gutting for us all.  He is a horse with so much ability and has shown so much promise that we will work our hardest to get him back to where he needs to be.  Flemcara jumped and travelled at Ffos Las (11 Nov) until even he found the ground just too deep and tiring.  He has come out of the race well and it is onwards and upwards with him and to find some ground that’s somewhere in-between bottomless and soft.

Enniscoffey Oscar has found the bigger fences just a little bit scary and I think although he jumped very safe, bar one, in the novice chase at Kempton (12 Nov) he is just not as quick over his fences as he was over hurdles.  We will bring him back over hurdles to give him a confidence boost and make a plan for him going forward. He did very little wrong last year so I am looking forward to a successful second half of the season with him.

Thank goodness for Gunfleet! Who jumped beautifully and ran an absolute stormer in the big novice chase at Exeter (14 Nov) to be beaten by just a head. He will quite clearly be a horse to be reckoned with over fences and is very exciting.  Buster Thomas also ran an absolute cracker at Wincanton (10 Nov).  He jumped beautifully and had the horse he had been battling with beaten, before Bryony Frost swooped down the outside and won by half a length.  He nonetheless showed just how much ability he has and deserves to win another few races this season.

Last but by no means least, Javert deserves a very big mention.  He stepped up into graded company when finishing second in the Old Roan Chase at Aintree (28 Oct), travelling and jumping superbly and only just getting beaten before heading to Cheltenham for the BetVictor chase.  Again he jumped brilliantly in what was a race full of mishap but just found the Cheltenham hill over 2m4f too much of a test of stamina for him but was still an admirable sixth.  He doesn’t want the ground too soft and so we will freshen him up and monitor what the rest of the winter has in store for us weather wise!

It’s great to have the team in such good order and long may it continue.