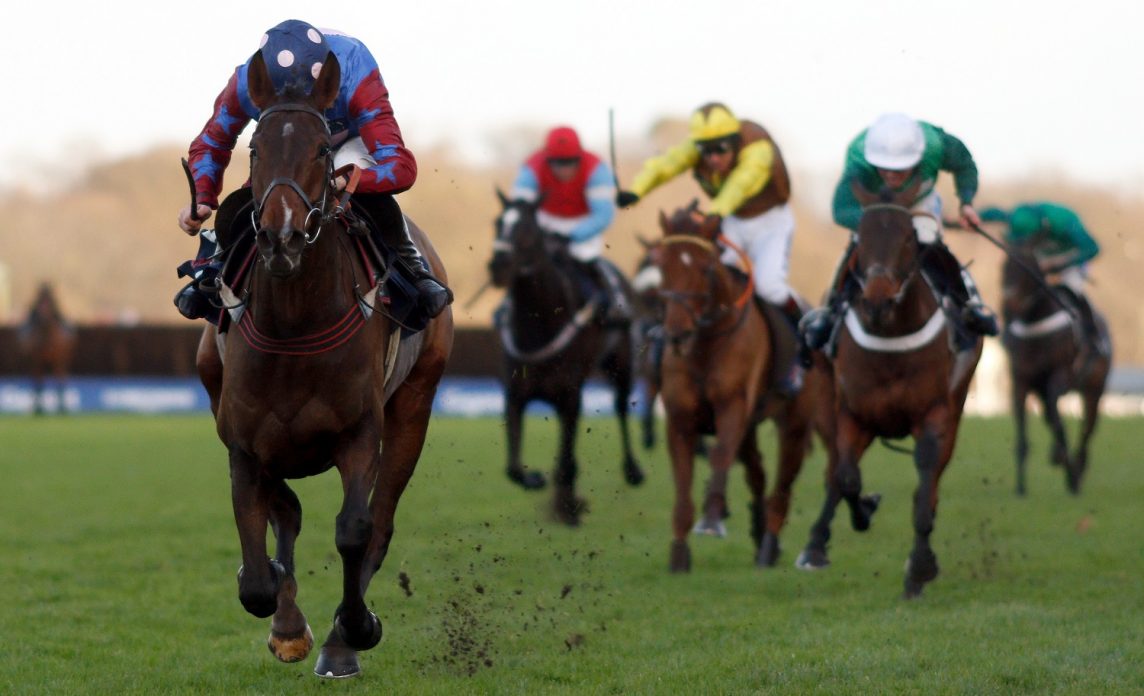 I cannot believe it has taken me until now to update our blog since the victory of Paisley Park, but I think I am only just coming back down to earth!  I cannot emphasise enough how significant a grade 1 win like that is for us as a team and how much everyone has put in to make it happen – not least Paisley himself who is such a laid-back character and has taken everything in his stride.

Barry rides him every day and has been key in his development – he was in fact the one that would not leave the Goffs Landrover sale if we didn’t have him, so Gerry Hogan and I were under no illusions as to what he thought of him even as a three-year old!  He is a charming horse and has become very relaxed through his races, only doing what is required of him when asked and then wondering what the fuss is all about after, which is a great way to be.  He and Aidan Coleman have built up a great relationship and it was as significant a day for Aidan as it was for us – a day that neither of us will forget!  It has been well documented that the plan for him now is the Stayers hurdle and at this stage our aim is to go to the Cleeve first if the ground is right and have a taste of Cheltenham.  When I suggested this to Andrew Gemmell (his owner) he informed me that he had already cancelled his flight to Australia for this year and also thought it was the logical race – our race planning ideas continue to align so hopefully so will Paisley’s successes!

It was a lovely end to the year to have De Rasher Counter win the last ITV televised race of 2018 at Newbury.  He had been a bit unlucky this season having run a lovely race in his first novice chase to finish third and then get nearly bought down by both the prostate jockey and then loose horse falling on his second start.  It really dented his confidence and Exeter was all about trying to get that confidence back.  Adam Wedge gave him a beautiful ride at Newbury giving him time to see his fences and he galloped home strongly to win in determined style and thus allow Richard Hoiles to use his ‘bringing home the bacon’ pun – hopefully he can work on some more before the next time he wins!

There were plenty of other magical moments from 2018 such as Javert coming back from two and half years off the track to win at Uttoxeter, and the winning performances of Blushing Red, Down The Highway, Misty Bloom, Buster Thomas and Majestic Moll amongst many others, all of whom helped make 2018 a year to remember.  It would be wrong not to mention the passing of two of our owners last year, Sarah Stevens and Clive Colquhoun, both who were great supporters and even better friends of the yard and they will be very sorely missed.

The weather has been somewhat unusual this winter, in that it has stayed so dry and I cannot believe even in January I am still praying for some rain.  We have a lovely team of horses still waiting to perform but are unable to on this ground, hence we have had a quiet start to 2019.  We have plenty of entries coming up though and there is much to look forward to, so fingers crossed that this year continues on the same upward trajectory as last.